Google recently announced it would pay $1 billion for a 5% stake in America Online (AOL). The deal solidifies a partnership between two of the most popular websites, with the two expecting to generate more online advertising revenue together than they could apart. In the process, Microsoft lost its long effort to partner its MSN Internet service with AOL.
Google is the most ubiquitous presence on the Internet, and its threat to high-tech giants such as Microsoft is very real indeed.
But built into this dominance is a dilemma: Google’s very success opens it up to new criticism. Google’s growth prospects are vast, but in the ever-changing realm of high-tech, one lesson is that monopolistic power is rarely as real or permanent as it may seem. <Full story from the Christian Science Monitor>

[Update March 2021] Clearly, worries in 2006 about the viability of Google were premature. 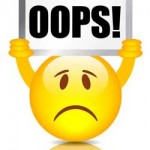