MozRank as Substitute for PageRank 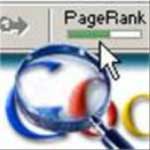 Google is reportedly considering dropping the display of PageRank in the Google Toolbar. MozRank is a likely replacement.
According to the folks at SEOMoz, “Google calculates PageRank using an algorithm that’s well published and well known. At SEOmoz, we use a similar algorithm (not the original one from 1998 exactly, but one we think is likely close to what they’re doing today). We process our ~50 billion page index and run this calculation to provide an estimate of a page’s raw importance on the link graph.
Google’s toolbar PageRank updates once every 2-9 months, but we find that just after it’s been refreshed (when the data is generally best and there’s relatively few “0”s on newer pages), mozRank is off of TBPR by around 0.45. If we were perfectly correlated, we’d expect to be off about 0.25 (since we show up to two decimal places vs. just a single digit).”
It’s certainly not a perfect substitute, but it is fresher and more frequently updated (at least once per month) and provides a sense for how roughly important a page is on the web. Hope that helps!