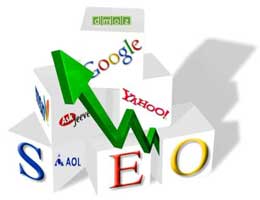 Not surprisingly, Google and its affiliated sites maintained their position at the top of the 2009 search market. We reported on that graphically in December. A bit more unexpected was the overall growth in the number of searches, at 46%.
“The global search market continues to grow at an extraordinary rate, with both highly developed and emerging markets contributing to the strong growth worldwide,” said Jack Flanagan, comScore executive vice president, who authored the report. “Search is clearly becoming a more ubiquitous behavior among Internet users that drives navigation not only directly from search engines but also within sites and across networks. If you equate the advancement of search with the ability of humans to cultivate information, then the world is rapidly becoming a more knowledgeable ecosystem.”
The US constitutes the largest individual search market in the world with 22.7 billion searches, comScore found, or or approximately 17 percent of all searches worldwide.
About 88 million searches originated on the Google network, a 58 percent increase from 2008. A bit over 9 million were made on  Yahoo, which saw its own total jump 14 percent over the previous year. Chinese search engine Baidu finished third. But it was Microsoft, spurred by Bing, which showed the second-strongest growth out of the sites comScore measured, jumping 70 percent to 4.09 million searches. Russian search engine Yandex achieved the most considerable gains, growing 91 percent to 1.9 billion searches.
You can read the full report here.

How Important is Google?

How important is Google, really? We all know that Google gets more searches than the other search engines. But how much more does it get? Check out this chart from Pole Position Marketing, based on the Nielsen ratings. Pretty impressive.

Windows Secrets recently reported that the ads served by Bing and Google along with your search results are linking more and more often to sites trying to infect your machine. For example, if you recently have used either Google or Microsoft’s new Bing search engine to find the popular Malwarebytes Anti-Malware utility, chances are good that the sponsored ads alongside your search results contained links to the very malware that the security tool is designed to remove.

Such “malvertisements” are showing up as paid ads on non-search engine web sites, too.
The article from Windows Secrets offers some suggestions on how to avoid such sites, and how to report them if you get stung. But, sadly, their recommendations are neither foolproof nor convenient.

As for your own searches, It’s best to be somewhat wary of sponsored links until the search engines address the problem.

March search engine share was recently reported by Cnet, and Google has expanded its dominance.
Out of 9.5 billion searches, Google handles 64% , Yahoo! gets 26%, and MSN/Live search (now Bing) gets 10%. Google’s share is up 28% from a year prior and Yahoo’s share is up 2%, and MSN’s share is up only 0.3%. Coming in at #4 is AOL Search (powered by Google) at 4%, and Ask is at 2%.  The share of all of these was up from last year, which means that it’s come out of the share of smaller search engines.

You’ve Gotta Be In the First Three Pages