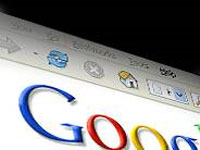 Concerned over the word “Google” becoming a noun in such common usage that they lose their trademark on it (like “escalator” which used to be a trademark of the Otis Elevator Company), Google is objecting to certain uses of their popular name. An article in The Washington Post, was apparently taken to task by Google’s lawyers.