Do You Need an SEO?

Google has an excellent post that answers this question and more. Here’s how they start:

So how do you tell an “irresponsible SEO”?

We’ve addressed some of this before with posts that can all be found here. The recent article by Google overlaps a bit with that, and here are the main points Google stresses:

What are your thoughts? Do you agree? Disagree? Let us know in the comments below.

We encourage you, after reading what Google has to say, to put us to the test.

Sometimes I feel like I’m in an industry that has more than its share of charlatans. Small Business Trends reported on five dead giveaways that you’re dealing with an SEO company that practices deceptive or “black hat” SEO.

Their descriptions of these telltale signs is worth reading. This is just a very quick listing of what they are. I encourage you to read the article to better understand the implications.

One place to look for and compare some good SEO companies (if you’re in the greater NYC area) is a list from the folks at DesignRush of 40+ Best SEO Agencies In New York.

How Expensive is SEO?

Expensive? A Common Question and a Reasonable Concern. 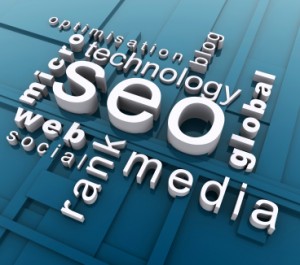 Since Rank Magic’s main market is “small and very small businesses”, expense control is always an issue. We hear often that business owners fear that SEO will be too expensive. We are very price-conscious here, and will be reluctantly raising some of our rates next year; our hourly rate has been the same since 2008. Nevertheless we remain highly competitive price-wise, and much more than competitive value-wise.

What do most SEO companies charge?

That question was asked on the LinkedIn SEO, SEM, and Social Media Marketing group, and here are some typical answers:

Want to know how Rank Magic compares? Ask for a copy of our free Overview & Pricing Guide.

6 Ways Small Business Owners Can Get More From Their SEO

While you don’t have to become a full-fledged SEO expert, you should do your homework and try to understand the basics of what’s happening to your web site. Be part of the process – The more involved you are the better results you’re going to see. The level of your involvement can make a surprisingly big difference in the success of your search engine optimization. There are six main ways your involvement is important. You can ignore them at your peril  — or you can take advantage of them and turbo-charge the efforts of your SEO consultant. The choice is yours.

6 things to do to get the most from your SEO

Follow these simple principles and you’ll get much more out of your SEO.

Want professional help and a friendly hand along the way? We can help.

As SEO Budgets Grow, Google Tells You What To Do

As pointed out in an article at WebProNews, Google has been making SEO more difficult for years, and perhaps that’s why a new study from SEMPO has found that SEO spending is still healthy, despite all of the freely available online information that has spread across the web over the past decade or so, such as that in our blog over the past 7+ years. 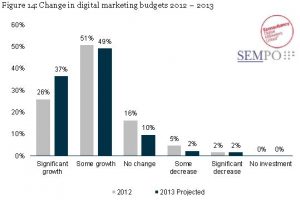 SEMPO put out a 72-page report looking at a survey of nearly 900 companies and agencies. According to SEMPO,

Overall, the report depicts a stable industry, without dramatic changes. Although the practices of search engine and digital marketing may have changed significantly as new tools, algorithms and platforms have come into play, the survey depicts very much the same goals in place.

Google explains what to do  — and what not to do

Recent rumors are circulating about new updates to the dreaded Google Panda and Penguin updates. If those updates have you worried, Google has some advice, particularly if you’re planning to hire an SEO for your website.
“Before beginning your search for an SEO, it’s a great idea to become an educated consumer and get familiar with how search engines work,” Google says, suggesting its Webmaster Guidelines and Google Basics as starting points.

Google also suggests hiring an SEO early in the site development process, when you’re planning a redesign or planning to launch a new site altogether. In case you’re not familiar with it, Google has a list of questions that it says you should ask an SEO during the hiring process. The article at WebProNews lists those questions and we encourage you to read them and ask them of any SEO you’re considering hiring  — even Rank Magic.